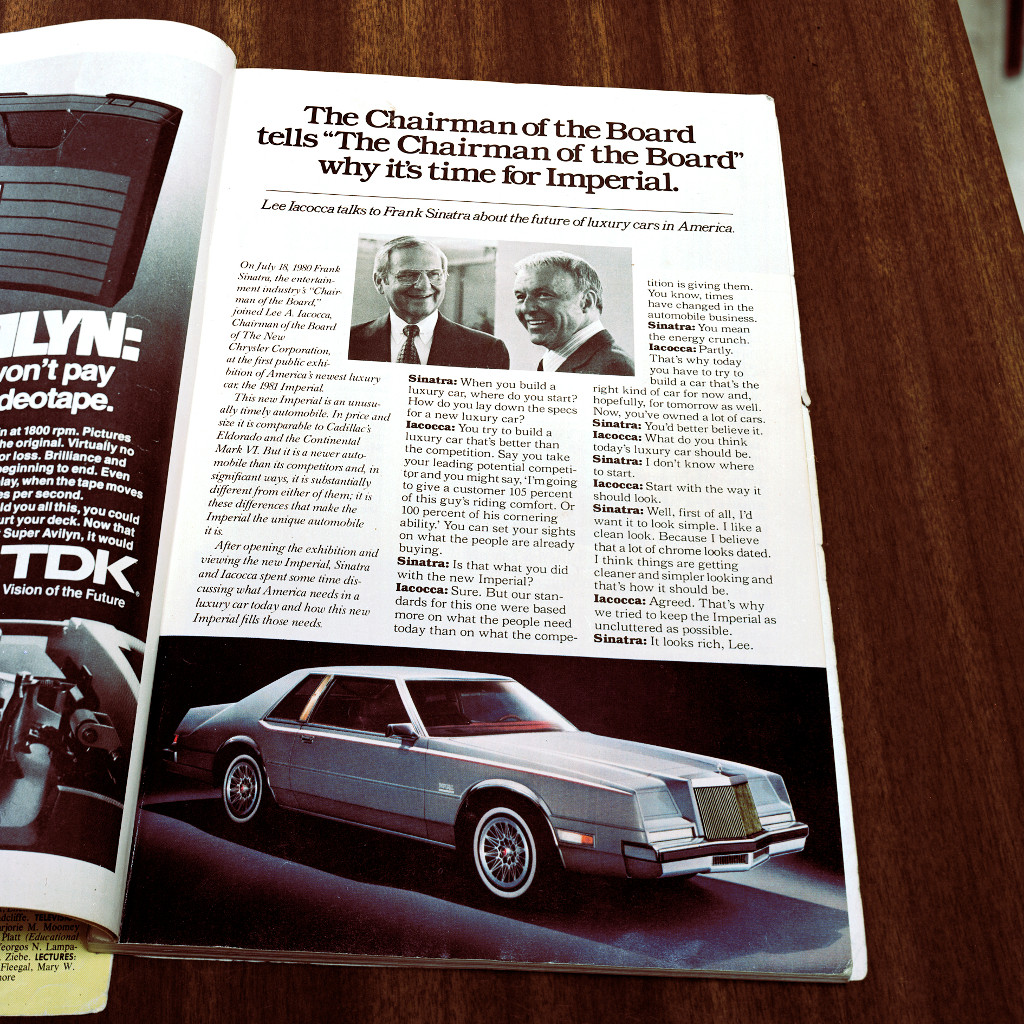 Imperial, Again is an excerpted, dis-embodied audio cut from a dramatic experiment Byrne produced in New York in 1998, with the help of film-maker friends Michael McDonagh and Siofra Campbell. Two actors re-enact a dialogue lifted directly from a three-page advertorial from the November 1980 issue of National Geographic Magazine, for the 1981 Chrsyler Imperial. Byrne had the actors filmed performing the text, with stumbles, missed lines, and repeats all represented in unblinking scrutiny.

Gerard Byrne (b. 1969) is a visual artist working with photographic, video, and live art. In 2007 he represented Ireland in the Venice Biennale. Other major presentations of his work at international biennials include the biennales of Gwangju and Sydney in 2008, Lyon in 2007, the Tate Triennial in 2006, and the Istanbul Biennale in 2003. Solo exhibitions of his work have been presented at the ICA Boston and the Statens Museum for Kunst, Copenhagen (both 2008), Dusseldorf Kunstverein, the Charles H. Scott Gallery, Vancouver (2007), the Frankfurter Kunstverein (2003) and at the Douglas Hyde Gallery, Dublin (2002). In 2006 he was a recipient of the Paul Hamlyn award. He is represented in London by Lisson Gallery and in Stockholm by Galerie Nordenhake.