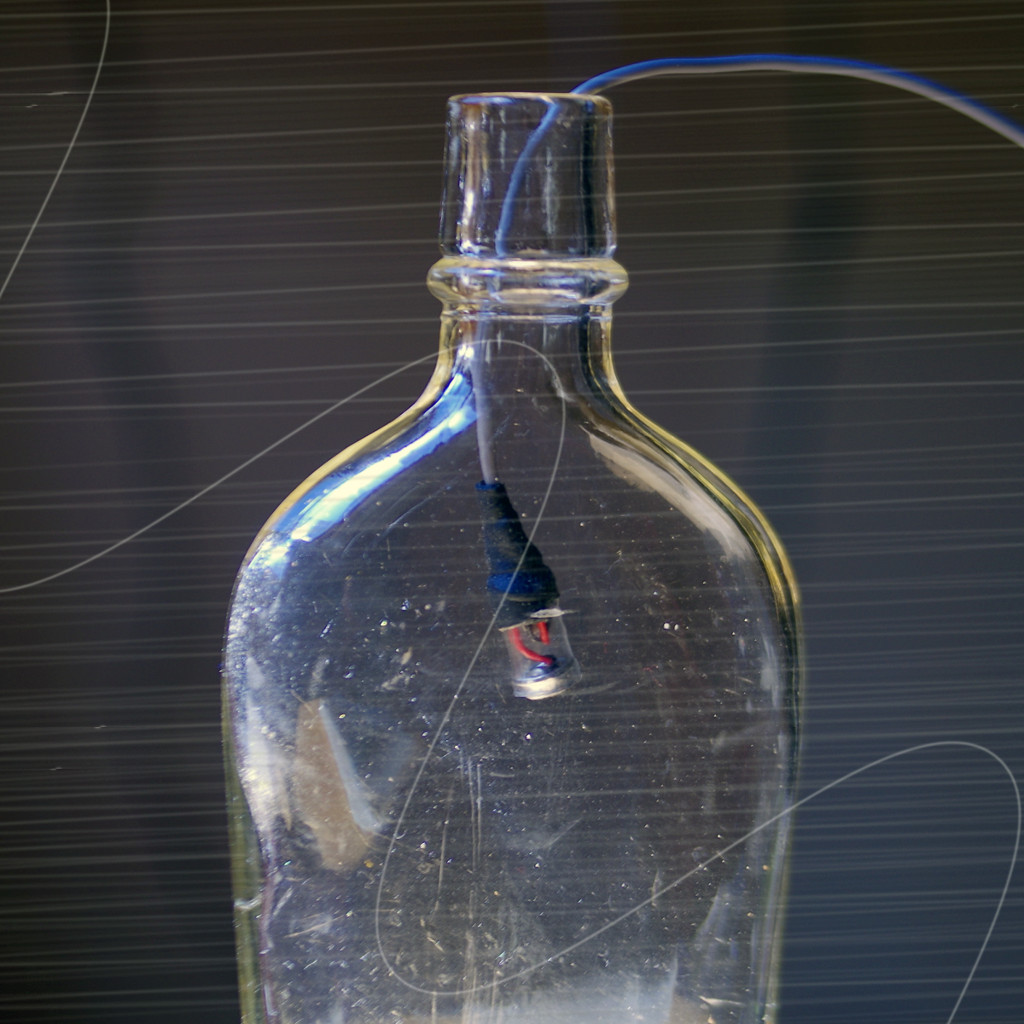 This piece explores a sonic phenomenon called Tartini Tones or Combination Tones. This phenomenon has discreet physical dimensions but also emerges as psychological effects. You may have heard about this before as ‘additional tones that are artificially perceived when two real tones are sounded at the same time’.

I have been investigating several ratios for effective combination tones, searching for a relationship between the physical nature of these tones and the psychological nature of how they are perceived. A certain ratio that I focused on relates to one fourth of the primary tones’ wavelength, with a ratio in between 7/6 and 8/7. When two real tones are sounding within this range at the same time, an additional tone will arise as beating, ring modulation, or a phantom tone.

For Continuous Drift / An Introduction to Work and Energy, I have produced a stereo piece, which consists of five parts:

Part 1, 3, 5: One channel is mostly a constant sound very similar to a single tone, but generated as one of the specific resonances of a glass bottle. The other tone is a sine wave, whose frequency varies as a subtle sweep up-and-down or vice-versa. You can hear the third phantom tone emerge as interference between these sounds.

Part 2, 4: An unstable sound utilizing one of the higher resonances of the glass bottle was recorded in stereo. Single sweeping tones (sine waves) are recorded on each separate channel and mixed with the resonance of the bottle. You can hear the third and even the fourth phantom tones again, as interference between these sounds.

The phantom sound appears differently depending on the location where you are hearing these sounds. You can enjoy the sound variations by moving and walking around the square.

I made this piece based on an interest in a phenomenon that appears on Bird and Person Dyning composed by Alvin Lucier.

Minoru Sato (m/s) was born in 1963 and lives and works in Japan. He is interested in the relationship between the description of nature and artistic representation, creating artworks as physical phenomena presented with various concepts. His creative activities emerge in the form of installations, multiples, performances, and texts. He ran the label WrK from 1994 until 2006. He produces music as a solo artist, in a collaboration project with ASUNA, and in the band IL GRANDE SILENZIO. Alongside these activities, he curates contemporary art exhibitions and events. Recent exhibitions and presentations of his work include: 2015 FON festival / yo no bi tour#1, Barrow in Furness UK; 2015 Audiograft, Oxford UK; 2014 Solo exhibition, Milano Italy; 2014 Electric Spring, Huddersfield UK; 2013 ISEA, Sydney Australia.